Advertising and pseudoscience: the Polamolecule 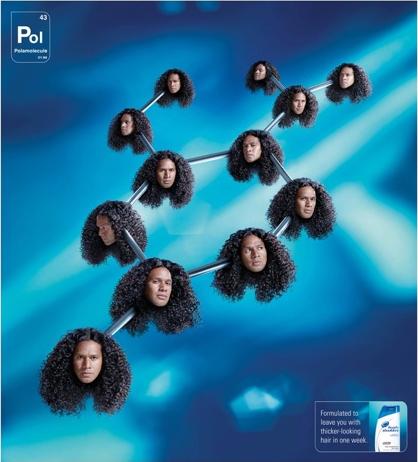 At Semionaut, my HiLobrow.com cofounder Joshua Glenn observes the proliferation of pseudoscience—and even science fiction—in advertising, with cosmetics touting the complex chemistry with which they’re formulated:

Other products dive even deeper, down to the cellular level—where a shampoo’s ionic, nanorobotic, or I-don’t-know-whatic technology causes the cells within a single strand of hair to oscillate through rejuvenating vibrational motions. Not since Wilhelm Reich’s orgone accumulator and early Cold War sci-fi has vibrational magic-science been such a popular phenomenon. One L’Oreal TV spot sends viewers speeding through a hydra-collagen protein/molecule, as though we’re passengers aboard the miniaturized submarine in Fantastic Voyage. (Only even smaller, since the Proteus was navigating the bloodstream.) Alas, there’s no Raquel Welch along for this ride.