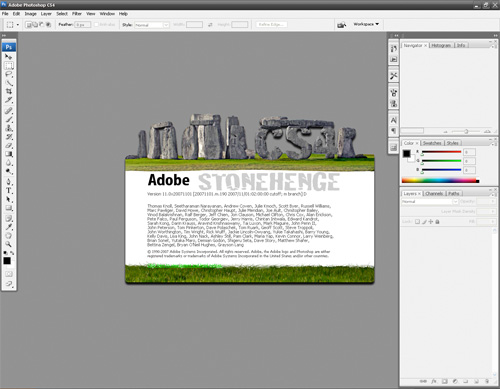 Meme-makers and graphics designers alike are going to have a great September this year. Adobe has just announced that it’s latest update to the Creative Suite series of products (Photoshop, Illustrator, etc.) will be released September 23rd. The update, CS4, will contain the long-awaited Photoshop CS4, which will be available in a 64-bit Windows version. That doesn’t make much sense considering how much power is in a Mac Pro running a 64-bit OS but I’m sure Adobe will come to its senses.

No word yet on cost but in another three weeks you’ll be hitting the Bit Torrent sites like wildfire.