A Coffin for Your Red Ring of Death’d Xbox 360 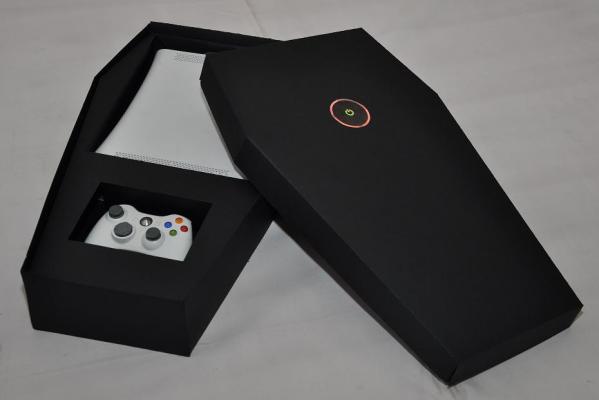 For those of you who have encountered the red ring of death before, the process of laying your Xbox 360 to rest should be familiar – shipping your defunct console back to Microsoft in a cardboard bow which has been lovingly coined the Xbox 360 coffin. Now, you can cut out the middle man and provide a proper burial for your busted buddy.

The real Xbox 360 Coffin, created by Alexis Vanamois, provides a proper nook for both your console and controller as it soars off to that service center in the sky. Adorned with a red ring of death to mark the cause of the device’s demise, the Xbox 360 coffin allows the mourning process to begin almost immediately. This is a great alternative if you don’t feel like taking matter into your own hands and creating a RRODman.