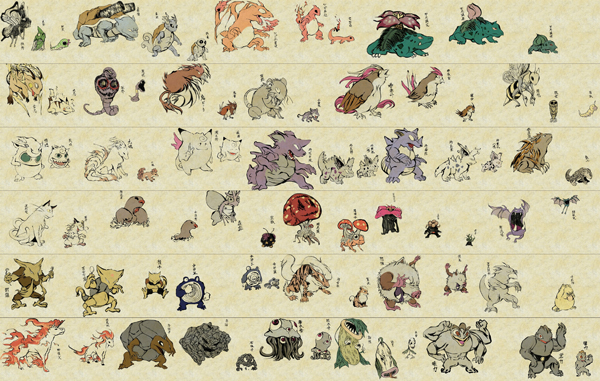 If Pokemon had been first drawn in the days of feudal Japan, those pocket monsters might have looked a bit different. In fact, they likely would have taken on a similar style as the demons which fill ancient Japanese scrolls.

This clever Japanese artist redrew the Pokemon, reimagining their design to resemble ancient mythological Japanese creatures. First there was Godzilla, then there was Mario and Yoshi. Now, we’ve got Charzard and his pals to deal with. Joy.