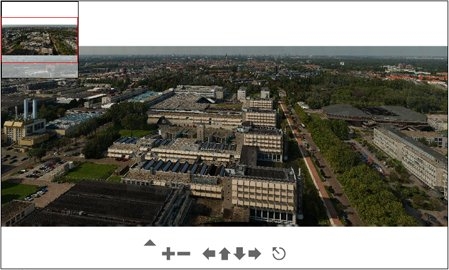 Day in and day out, we sit here and drone on about the magnificence of cameras that take lower then 10 megapixel photos. And all this time, we could of been droning on and on about a 4 Gigapixel camera! Stupid us. The 2.5 Gigapixel photo in question was created using 600 seperate merged images taken with a 4 Gigapixel digital camera on top of a building in the Netherlands. In our opinion, they could of chosen a better landscape then the barren looking buildings they chose for the shot, but hey, to each his own. The complete photo was a staggering 7.5 GB with the amount of merging time topping out at almost an hour and a half. That’s one fat ass picture! Though zooming in and out of the photo on the site is an entertaining experience. — Andrew Dobrow