12 Inch Macbook Pros on the way? 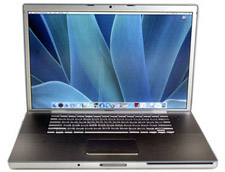 With the Macworld Expo 2007 rapidly approaching, Mac rumors are flowing through the pipeline. The word is that sources believed to be very reliable are confirming Apple’s development of a smaller and ultra thin Macbook Pro, even thinner then the current anorexic Macbook’s (17 inch pictured). Pricing is still yet to be confirmed, but the people upstairs are saying that these Macbook’s will be in the $1700-$1800 range.

Sources are not giving any clear release date, but signs point towards a release date before February 2007. When rumors first arose earlier this year, skeptics were positive that Apple would abandon their 12 inch models for the current 13 inch Macbook’s. If these current sources are right, then there is going to be a lot of excited Mac users. — Andrew Dobrow